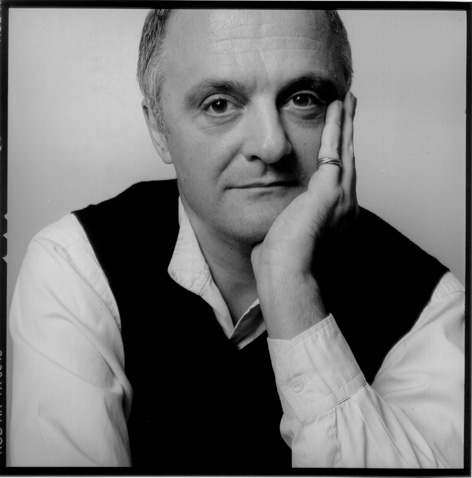 Luca Turin’s blog on perfume, “Duftnotes,” began in 2005 and sadly ended in 2010. Some wonderful folks worked hard compiling snippets of the blog and now we have a complete online archive of the posts Turin wrote during this time, most of which predates the release of his now classic book, Perfumes: The A-Z Guide.  Turin is one of my favorite writers.  Though he is prone to be abrasive, even nasty at moments, his voice is unmistakably his own.

Here is a post I’ve pulled from 2005 called “The World Turned Upside Down,” where Turin lambasts niche perfume followers for being suckers, except of course if you like Serge Lutens, Patricia de Nicholai, and Frédéric Malle.

What Luca Turin would say about the same subject in 2013?

THE WORLD UPSIDE DOWN BY LUCA TURIN

Go to the perfume section of a large department store (I did in Paris last week) and take a look around. A revolution has happened virtually overnight: the little”niche” perfumeries now take center stage, and the great firms of the past are relegated to the outer edges. If someone had told me this a few years ago, I would have jumped with joy at the prospect. Now steal a bunch of smelling strips at the Chanel stand, spray on the little guys, take them home and smell them at leisure. What do you find ? With a very few exceptions (read on), not a single great
perfume.

Instead, you’ve got the fragrance equivalent of second-rate naïf paintings: faux simple, cute names, a sort of pigeon toed mediocrity raised to the level of artistic manifesto. Then read the press releases: a torrent of blather about natural, expensive materials, a solemn rejection of all that is crassly commercial about the big firms. You’d think these guys had chased black orchids half-way across New Guinea to bring you the bottle you’ve just paid 100 € for. Smell the perfume, though, and you know they never left Leverkusen.

How did it come to this? Very simple: they are in it for the money. The world is full of suckers that will buy a perfume merely because it is not from a big firm, naively thinking no-0ne else will be wearing it. This is like preferring Hummel to Mozart because nobody hums Hummel. Second, the competition between niche products is slack, so they get sloppy. Say what you will about Big Names but when they award a brief to a fragrance house, the thing has been fought over by every good perfumer in the world, and the winner has gone through several hundred variations. This does not mean it will be good, but it virtually guarantees that you’re not smelling a first draft.

The exceptions ? A few small firms that consistently produce great perfumes, such as Patricia de Nicolai and Serge Lutens. But there is one firm that looks like the beginning of a story in the Grand Manner, like Coty, Guerlain, Caron and Piguet: Frédéric Malle. Malle is the Diaghilev of fragrance: he’s got the greatest perfumers falling over each other to compose for him, and he does their work justice by using the best raw materials. Order his “coffret à essais” on http://www.editionsdeparfums.com: 12 perfumes for 75€, at least seven of which deserve to still be there in 2024.

9 Responses to "Luca Turin: The World Upside Down"